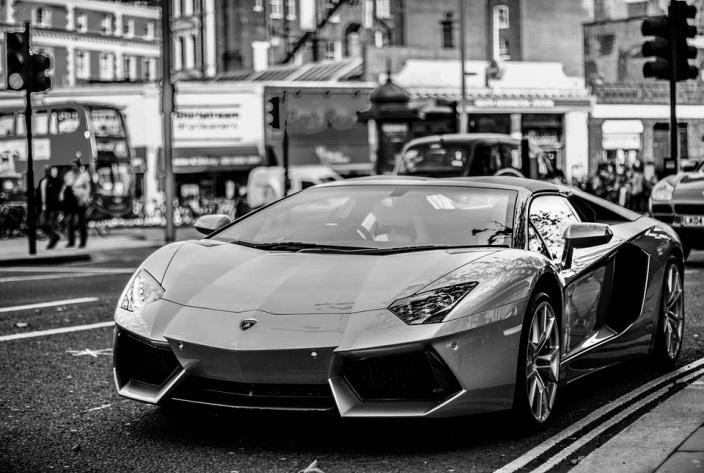 Cars are an aspirational product, something that not only gets you from A to B but demonstrates wealth, taste, or style.That might be a powerful supercar languishing on your drive or your passion for restoring something quirky and old. What you drive often says an awful lot about you, and in some instances, the dream of what you could drive says even more.

Admit it, at some point in your life you have looked lovingly at a Classic Shelby GT500, or a Ferrari F40 and imagined, for a second, it is yours. That is the aspiration in car ownership, and doubtless, anyone you ask has a favorite car they wish they could own.There are people in the world, a select few, who do not have to worry about what they could own because they can have anything they want.

Take the ostentatious and outlandish social media star Dan Bilzerian, for instance. He boasts a car collection that will make the most avid enthusiast weep with jealousy. Bilzerian is worth millions, and his decadent lifestyle has been there for all to see on Instagram in recent years. He is a businessman, a professional poker player, and a man of immense means.

Whether he made his money around the felt is debatable, but like brother Adam, he did participate in the 2009 WSOP. One way or another, wealth has flooded towards him, somehow.Like many of us might do in his position, he has poured those means into his amazing car collection. And here are just some of the rides stashed away in the Bilzerian garage right now.

The Lamborghini Aventador will set you back a cool $400,000, and obviously for a high-profile man of wealth such as Bilzerian, it is a must. Bilzerian’s is white with customized black trim and bespoke black wheels.

Inside, the V12 engine takes care of the hard work, whilst it was also one of the first to come pre-installed with the Apple Car Play app. Mind you, your Hyundai also has the Apple app, if in-car entertainment is your unique selling point but you’re around $375,000 short of a Lamborghini.

Every car collection needs a classic to give it some gravity, and Bilzerian is packing a chrome 1960s Shelby 427 Cobra. In terms of styling, it is very much a British sports car, but under the hood, it packs a massive V8 engine giving it the American supercharge that made it a classic. Bilzerian has a customized number plate, which suggests an obscenity, completely out of keeping with the timeless classic vehicle it has been placed upon.
Ferrari 812 Superfast

Superfast seems to be the pace at which Bilzerian lives his life, so it stands to reason he would plump for a turbo-charged Italian supercar with a huge 788 hp under the hood. He bought it because, according to his Instagram post, he ‘heard it was fast’, and he is not wrong. His is in a cool silver color and set him back around $350,000.

Wait, what? We know it is Italian, blood red, and begins with an ‘F’, but did Bilzerian get his Fiat and his Ferrari mixed up? Apparently not. In June 2016 he was pictured climbing into a classic Fiat 500 original, not the remake of course, ahead of what he termed ‘date night’. The 479cc might have felt a bit of a letdown after his other rides, but a pristine model is still certainly beyond the reach of many ordinary American car enthusiasts.

Larger than life, outlandish, decadent and immediately recognizable. That is just Bilzerian, but the Mercedes G Wagon 6x6 lurking in his collection reflects its owner in every way. His rugged look, hat, beard, and ripped chest, are perfectly in sync with this SUV derivative, which is likely to have set him back as much as $1m. Still, what price on aspiration, eh?

Projector headlights vs LED; Which one to pick?
How to Jumpstart a Car with a dead battery without Another Car? With 2 Popular Methods!
How to Use A Jump Starter And How to Charge A Portable Jump Starter?
How to Use Car Jack Stand? – 2 Best Pro Tips!