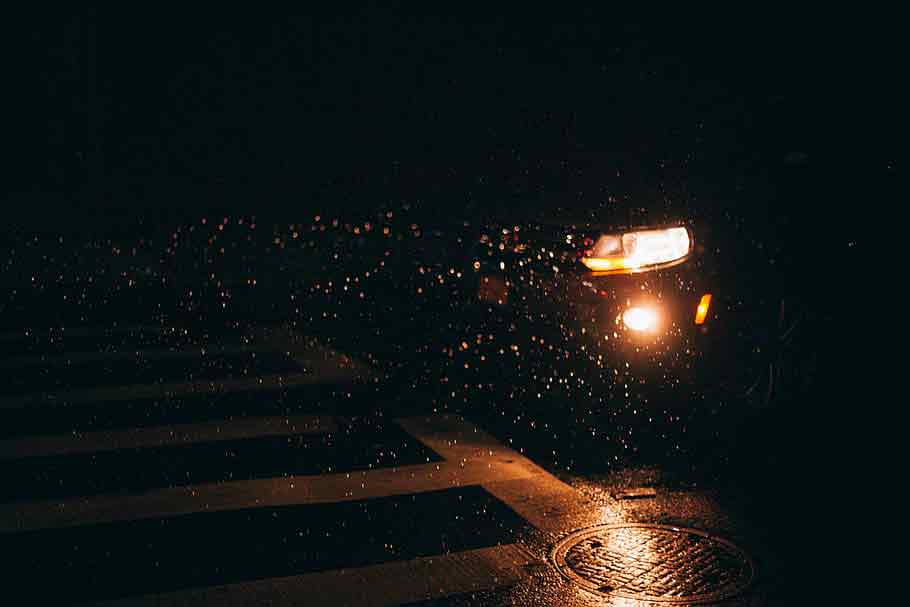 What are fog lights?

Have you ever been to the Grand Banks off the island of Newfoundland, Canada or Cape Disappointment of Washington? If your answer is yes, then you already know what fog is because these are the foggiest places of the earth.

It is obvious that you can not drive normally in a place with poor visibility conditions, including fog, mist, snow, and even blowing sand. Nowadays, due to great air pollution, a new kind of human-caused fog has appeared.

It’s called “smog”, which is fog or haze intensified by smoke or other atmospheric pollutants. All of these air conditions are responsible for reducing your visibility levels while driving on the road whether in daylight or at night.

In such challenging conditions, you cannot drive your vehicle safely using the normal high beam and low beam headlights. This is because when the weather is foggy, tiny water droplets or ice crystals float in the air, almost 18 inches over the surface of the ground blocking your normal view.

Moreover, besides acting as a cloud, the tiny water beads or ice crystals reduce your visibility by reflecting the light from your vehicle’s headlight that hits them. This makes passing through the thick mist with usual headlights, particularly with high or low beams, a baffling and perilous experience.

As you can see, you need a special kind of headlight for overcoming this troublesome situation. Fog lights are the best solution to this problem here. They are placed as low as reasonably possible, normally in the lower bumper cover of the vehicles and take a different approach to all the water vapor hanging over the road reducing your visibility level.

Generally speaking, fog lights are a unique type of automotive headlight designed to transmit light in a bar-shaped beam. The beam is normally intended to have a sharp cutoff on top, and the original lights are generally placed low and pointed towards the ground at a sharp edge.

If your vehicle has factory equipped fog lights, they will normally be placed at the front and rear side of your vehicle. The front faced fog light will emit white or yellow light and the rear one will emit red light. The rear fog lights are designed in a way so that they can be more visible in dangerous conditions.

Fog lights are separated from your normal headlights. Usually, they can be found beneath the main headlights of your vehicle. You will find a different switch on your dashboard to turn them on and off.

There will be different symbols for the front and rear fog lights in your dashboard. They will look something like this- 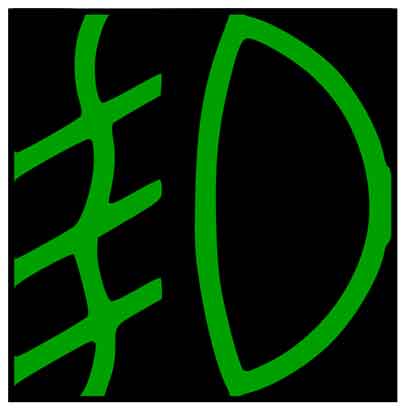 When to use fog lights?

I hope you have already got to know in which certain conditions you can use the fog light. However, you may become disappointed to know that using the fog lights is not legal all the time as it can endanger other drivers in good weather conditions.

In the UK, according to the Road Vehicles Lighting Regulations 1989, it is legally prohibited to use your lights to dazzle drivers coming towards you. Again, in England, Scotland and Wales, the Highway Code is applicable.

Rule 226 of the Code makes it obligatory to use fog lights when you cannot see for more than 100 meters (328 feet). Rule 236 also says you must turn off your fog lights when the visibility improves.

The wet roads reflect the extra brightness of the fog lights which can glare through the windscreens of other vehicles. This can temporarily blind the drivers for a moment and cause a serious road accident.

How do fog lights work?

Before we get to know about how fog lights work, let’s just have a brief idea about how fog is formed. Fog is basically a cloud over the ground! The water from various sources evaporates due to the heat caused by sunlight and floats high up in the sky. When the temperature falls, the vapor cools down, turns into water droplets and form clouds.

The somewhat same natural science works behind the forming of fogs on the road too. When the humidity is high and there is a temperature difference between the ground and air, fog is sure to form. This natural incident occurs most during the seasonal change, especially from summer to winter and winter to summer!

Usually, the fog does not touch the ground and floats almost 12-18 inches above. This is the trick that the designers used while inventing the fog lights.

The fog light is placed in a position lower than your high beam and low beam headlights.  Just so it enables the light to illuminate the road in front of your car under the dense fog. The top of the fog light is cut off sharply so that the light doesn’t go through the fog and get scattered.

However, the fog lights are not strong enough to illuminate a long way ahead of you. They can only shine through a little distance and this, unfortunately, prevents you from driving fast. You have to drive at a real slow speed just for the sake of your own and other driver’s safety.

How to Use Car Jack Stand? – 2 Best Pro Tips!
How to Change Oil Filter of Your Car? In 2 Simple Steps!
What is Parking Brake and How it Works?
How to Polish a Car With a Buffer? 5 Easy Steps to Follow!